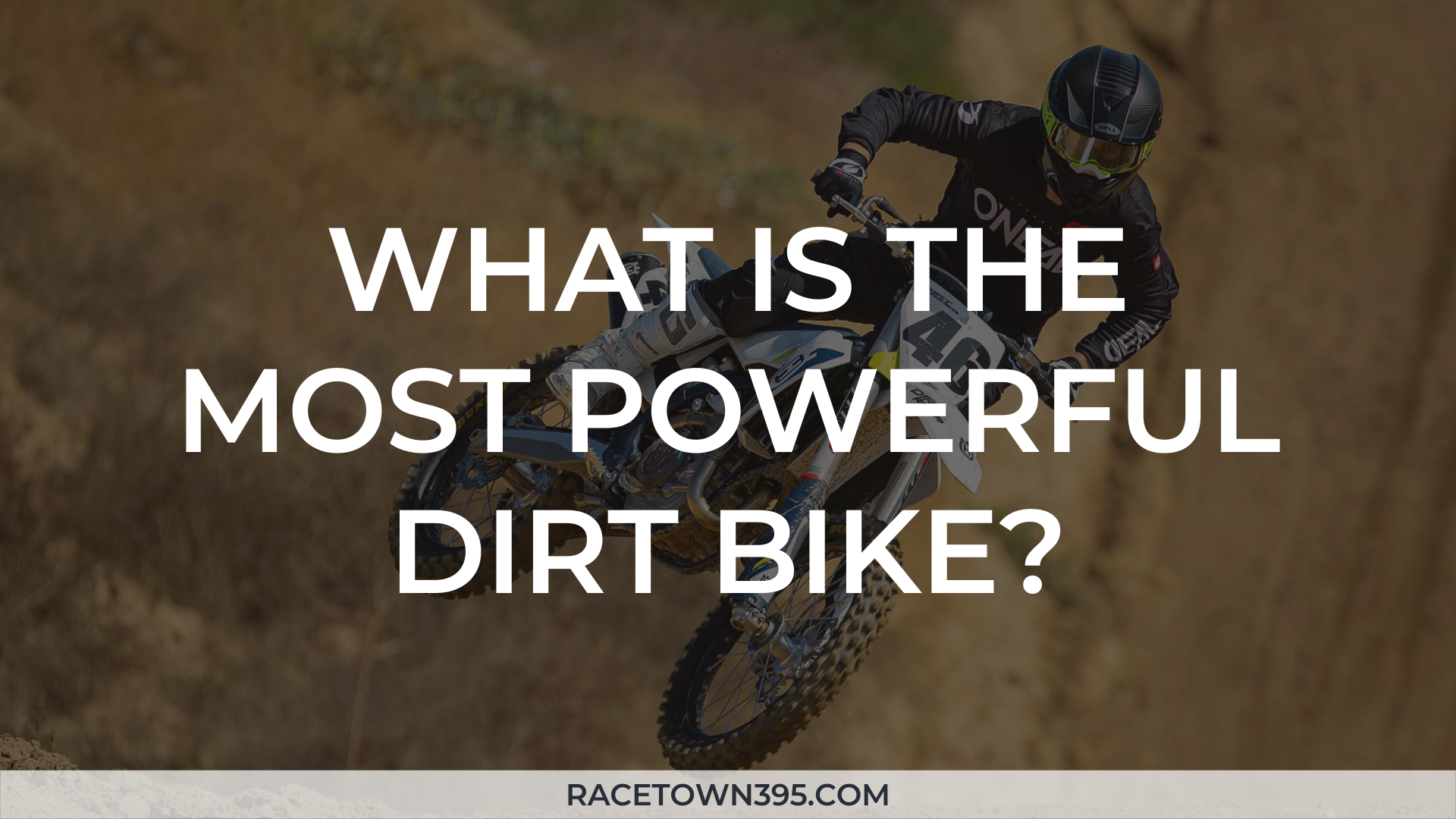 Reaching scorching high speeds may seem like an afterthought for motorcycles designed to give thrills off paved roads. Most dirt bike riders are satisfied with jumps, skids, and climbs, disregarding the quotient determining the most powerful dirt bike. However, it would be best if you first got at the land area, so while you’re waiting, keep yourself entertained.

We’ve compiled a list of two-wheelers that you’ll appreciate if that’s the case. With the correct rider, weather, and level of sanity, dirt bikes with off-road capability can reach speeds of over 100 miles per hour.

Powerful gears, efficient controls, superb suspension, and a strong grip are crucial, but you should still check how fast you can drive it and how smooth it is, like with any engine.
So we have listed the top 8 fastest dirt bikes on the planet below.

The Honda CRF 450R is a legendary dirt bike, despite not being the fastest on this list. In the right hands, this bike can outrun many of the quicker bikes on this list in a race. It still reaches a top speed of 87 mph, which is fairly fast for most people. This bike is near the top of the list in terms of overall performance.

This bike holds the record for being the most powerful four-stroke bike in 2021, and is one of the durable ones.

Kawasaki, known for its light dirt bikes, has not deviated from the norm. The Kawasaki KX450 was designed to be the finest, and it is known as the “Bike That Builds Champions” by the organisation. With 450ccs of power, a four-stroke engine to create the power fluidly, and a top speed of 89 miles per hour, this bike has been awarded titles such as “Bike of the Year” and “Shootout Winner” by several sites.

This bike does not appear to be a regular dirt bike at first glance. It resembles a cross between a street bike and a dirt bike in appearance. But don’t be fooled by its appearance; the Suzuki DR-Z400SM is a decent dirt bike.

It has a decent top speed of 94 mph. Its acceleration is also nothing to scoff at, with a time of 4.54 seconds from 0 to 60 mph. This bike requires the appropriate rider who can handle it in a variety of conditions, but it’s a fantastic bike in the right hands.

The Honda XR650L is another terrific all-around bike that delivers speed and quality at a reasonable price. This bike, while not capable of exceeding 100 mph, can nonetheless soar. For most bikers, the difference between 100 and 98 mph is insignificant. Its acceleration isn’t very impressive, but it’s still respectable. In 5.83 seconds, the bike can reach 60 mph. Don’t overlook this timeless classic; there’s a reason it’s been around for more than two decades. A classic bike, that is known and loved for its speed and strength, due to its advantage of having elevated horsepower.

The 2016 Husqvarna FE 501 street model has 58 horsepower on a 510cc engine, which is enough of power for anyone looking for a dual-sport machine. This bike can match the peak speed of 650 editions from before the manufacturer’s KTM era, thanks to the weight savings provided by this model. In fact, in informal testing, the 501 dirt model broke 100. Motorcycle News clocked the TR650 at 101.5 mph, which will be matched by street variants. It takes roughly 4.5 seconds to sprint from zero to sixty.

When you think of BMW, you probably don’t picture a dirt bike blasting through the woods. The BMW G650 XChallenge dirt bike, on the other hand, can readily compete with more typical dirt bikes. With a top speed of 104 mph, this BMW has all the power you’d expect. This bike is ideal if you want to keep things stylish in the trials. Voted as one of the fastest bikes in the market, the BMW lives upto its big name.

The Aprilia RXV 5.5 is a heavy bike that rides light, weighing 303 pounds. The 549cc engine, which produces 55 horsepower, is responsible for the majority of the weight. This bike easily exceeded 100 mph, reaching a top speed of 113 mph. A standard bike that is found on every list of the most powerful bikes, the Aprilia RXV 5.5 is indeed a sight to ride and behold.

Often pitted as one of the fastest dirt bikes found on the market, it is no surprise that they are featured on this list.

The bike’s weight had little effect on its acceleration, as it went from 0 to 60 in 4.16 seconds. While this bike is available in heavier varieties with higher power, the RXV 5.5 is your best bet in terms of value for money.

With a tiny, electric starting system, a short, compact frame, and more championship wins than any other manufacturer in the 450 class, this is a terrific race bike. If you’re looking for a race bike, that’ll suffice; it’s light, narrow, and quick.

KTM has always manufactured bikes that compete for the title of world’s fastest two-wheeler. The 450 SX-F was a Motocross Champion in the dirt bike category, with Ryan Dungey as the rider. The 449cc engine has it permanently declared on the list of best 450 cc bikes and helps powers a bike that weighs only 237 pounds.

KTM 450 dirt bikes, with the appropriate rider, will win races against any sprinting dirt bike. Nothing under 450 pounds can compare to its top speed of 123 mph, so feel free to “drop the hammer.” It is often featured on the lit of the fastest KTM bikes.

This list contains some of the most powerful dirt bikes available on the market. This list features some of the differences that exist between a two-stroke and four-stroke bike engine.