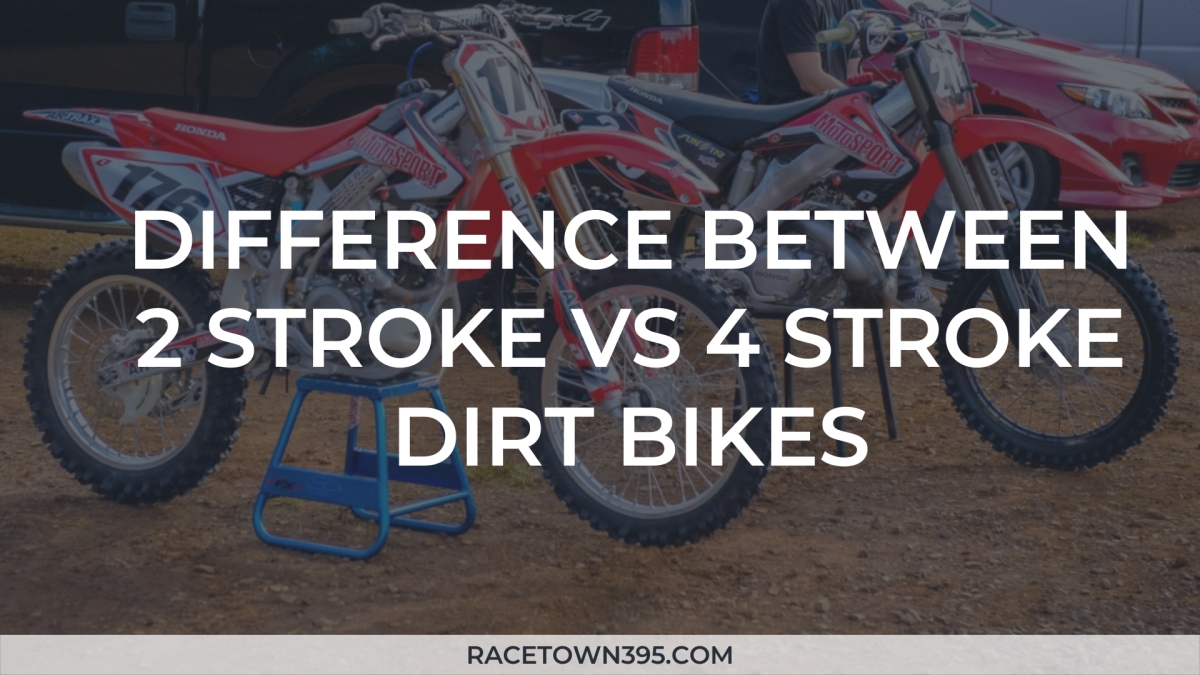 Dirt bikes give you a new level of adventure with rough rides on rocky, bumpy, muddy, dusty, and rough roads. A stroke is the up and down movement of the piston in the dirt bike engine. The most difficult choice one has to make while buying a dirt bike is between a 2 stroke Dirt bike and a 4 stroke Dirt bike.

The dilemma and debate between 2 stroke vs 4 stroke are as old as the Dirt bike itself. To differentiate between the two bikes, first, it’s important to understand what a two-stroke Dirt bike is and what a four-stroke bike is.

2 stroke vs 4 stroke dirt bike, which is better?

How does it work?

The starting point for working a 2 stroke engine is called a power stroke. The power stroke makes the fuel, air, and oil mixture push the piston downward, and the mixture then reaches down to the exhaust port.

When the piston is pushed back, the Intake transfer Port is closed, and the fuel mixture is compressed again. This compressed mixture ignites the fuel charge with spark plugs, and the cycle repeats itself repeatedly.

Pros and cons of a 2 stroke Dirt bike

How does it work?

Pros and cons of a 4 stroke dirt bike

A two-stroke dirt bike or a four-stroke Dirt bike has advantages and disadvantages. It’s not easy to choose between both of them. But every rider has their requirements or expectations for their perfect dirt bike.

Bikes have different performances in different situations, settings, and rider preferences. Therefore one should keep in mind their requirements and then go for the perfect match.